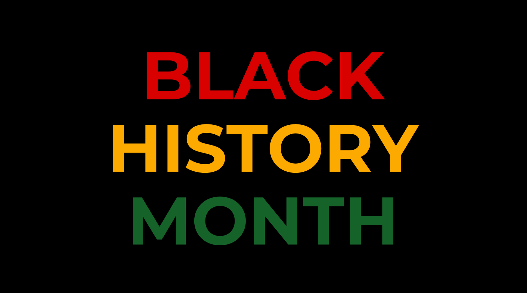 “The fact that we do have a Black History Month means we still have not learned how to tell American history correctly,” said Maci McElroy, co-leader of System1’s BIPOC group. “If they could walk away knowing one thing, I would want them to take away how intertwined it all is. You cannot seclude it to a month.”

The 50-minute chat, a first for our BIPOC ERG, was led by speaker Rudy Nickens who is an executive coach, educator and thought leader from Evolution with decades of experience in cultural diversity and community development.

“I felt myself walking away thinking about a reset as far as Black history,” said Francisco Arambula, co-leader of System1’s BIPOC group. “Thinking, wow, this is how I felt about other celebrations like Cinco De Mayo.”

We caught up with Rudy Nickens who shared the following takeaways from the event:

One of the things that I hope is that people walked away with a curiosity about who they are, and what the ERGs are and how to really dig in and be supportive, be involved, in whatever role they have. I hope in some ways that it contradicts the idea that checking the box, celebratory things, are sufficient.

I want you to know the history of Black people – I want everybody to know the things that we have contributed to, that’s important; learn those things. But that’s not enough. I want you to be interested not only in what happened in the past but what is the current state of affairs of Black folks’ lives right now? What do people deal with every day? The past informs it but really, how do you make people have better lives day by day?

Ultimately my goal is always to work to get to a place where we can no longer see race as a reliable predictor of the outcomes of people’s lives. That’s the victory for me. I don’t want you to be able to say this child is going to jail, this child is going to Harvard, this child is going to die of this disease. The life expectancy in the community that I live; there’s 18 years difference in the life expectancy in two zip codes 10 miles apart, and that is all about race and class. So I want people to be vested in interrupting the systemic things that affect people having equality and to be able to use whatever your sphere of influence is to do something about it.

They’re evolutionary moments and they’ve grown but we don’t want to get stuck in any zone. What’s next? How do we get better? How do we continue to make a more inclusive movement? There’s nothing wrong with what Dr. Carter Woodson did in the 1920s by having Negro History Week; there’s no reason to put it down. And there’s no reason to put down having these 28 days of Black History Month. It’s just that, can we keep going? What’s the next thing to do to get better?

I’ll always quote one of my favorite teachers and mentors (Audre Lorde): “There is no hierarchy of oppression.”

There are specific things about classism that we need to understand. The economic disparities that people endure are important but also there’s a racial component to that, there’s a gender component to that. So you want to actually be able to say it doesn’t do any good to try to compare them. We need to dismantle the entire fabric of oppression and not just try to say this is the worst thing going because that just never gets anybody anywhere.

Michael Spears is a 3x Emmy award-winning journalist, storyteller and content creator who spent 10 years in TV news. The Seattle native, who has an affinity for sunshine, is happy to now call Los Angeles home.